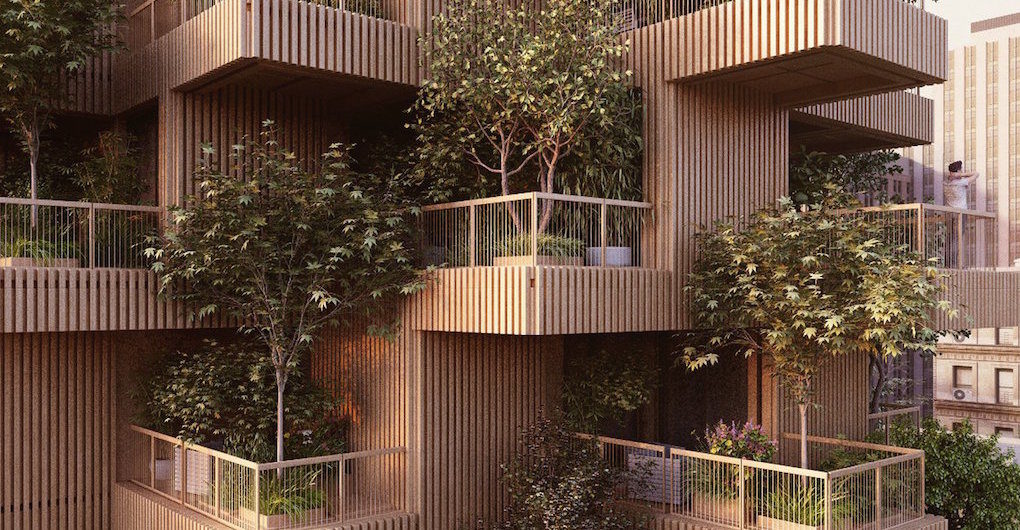 Wouldn’t it be ideal if you could live in a building that does its part on combating air pollution …that exact building could be coming to Toronto.
The architecture firm Penda has teamed up with Canadian company Timber to design the Toronto Tree Tower. This 18-story mixed-use building will be covered in greenery and built of cross-laminated timber with large modular balconies staggered to look like branches of a tree and to optimize views for every resident. 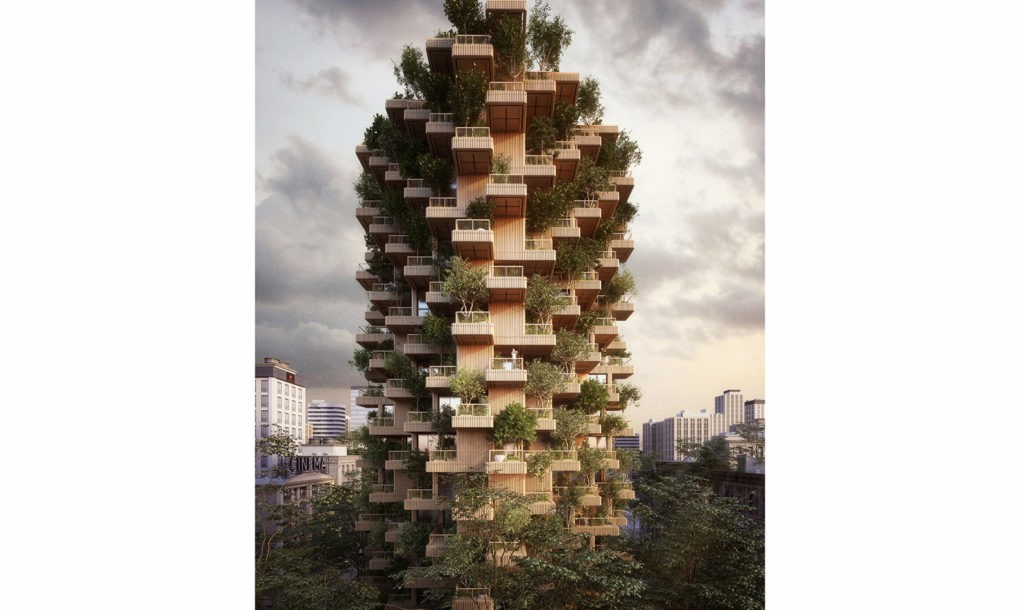 Where Toronto got it’s inspiration

With air pollution being the single biggest environmental health risk the world faces today, it’s no wonder designers and engineers are racing to come up with all kinds of air-purifying solutions. Arguably the most impressive idea thus far comes from Italian architect Stefano Boeri. Bosco Verticale (Vertical Forest) is the concept of residential high-rises packed with greenery, which can aid cities build for density while improving air quality. It was in 2014 where two towers were completed in Milan. The buildings hold, between the two of them, over 100 apartments nearly 500 medium and large trees, 300 small trees, 5,000 shrubs, and 11,000 plants. 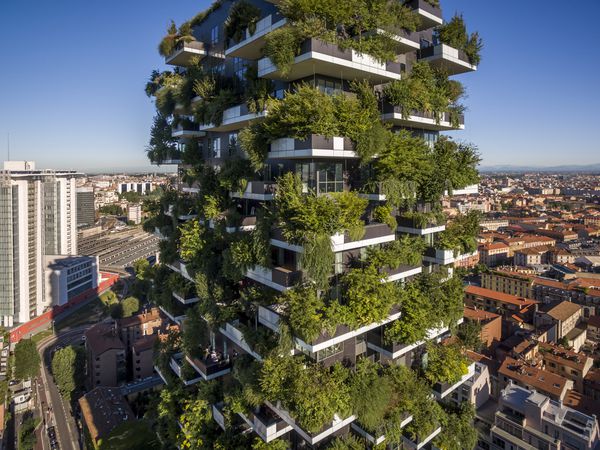 So how does it work?

It’s simple really. Trees are the cheapest and most efficient way to absorb carbon dioxide. The nearly 20,000 trees and plants across this pair of buildings can transform approximately 44,000 pounds of carbon dioxide into oxygen each year. These perennial gifts from nature can also keep temperatures cool indoors and filter out fine dust particles and even noise pollution from traffic below.

The logistics of making this happen were a lot more complex than one would imagine. Experts in structural engineering and botany were brought in first to answer questions such as “how can a tree resist extremely windy conditions at 400 feet in the sky?”, and “how would the roots of the plants be secured in their containers while making sure they could be properly watered and fertilized?”

As all living things need water to survive, these plants take no exception. A team of aerial arborists make their way up and down the buildings, inspecting and grooming the vegetation. Picture skyscraper window washers, but in this case, they are watering the greenery.

It would be so great if other architects, urban planners, and politicians would get on board with this green way of life. I for one am thrilled to see this land in Toronto, hopefully in the not-so-distant future.

Is downsizing right for you

Is downsizing right for you